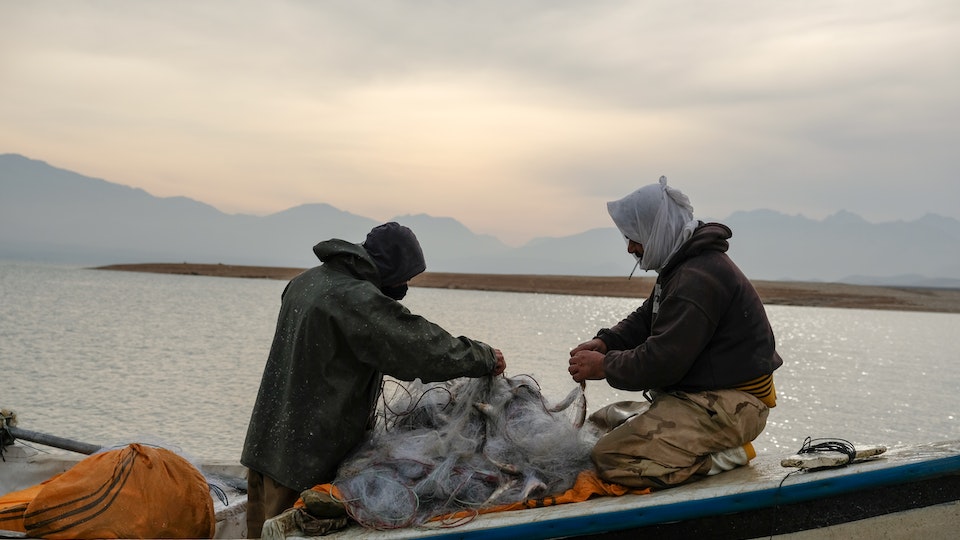 Let's start by admitting that I have a poor work ethic. It took me so long just to write the first phrase. Actually, I feel like it takes too long for any thought to fully shape into my mind. Sometimes I am silent and people think some great things are happening inside of me. In fact, as it has often been the case recently, nothing audible is happening. Some mysterious void. There is something about my mind that makes everything look complicated. My favorite strategy to cope with the stress it involves, at first, has always been avoidance. The worst part about it is that, somehow, it works. And soon enough you are avoiding everything. Once in a while, though, I sit down and force myself to do something that I feel is hard. Usually when it's done I feel better so I know there must be good in that. Sometimes there are bigger underlying life problems that need solving. But I don't like to talk about what is hard because there are people who have really hard lives and have no choice but to keep enduring them. With time, it seems almost as if they find peace in the absence of options to change their situation. They smile at you, and for a while you forget all your worries.

My experience of transforming my life made me realise that there are good and bad sides to everything we do. These are served to us with no control over them. It is even difficult to know what they will be before we immerse ourselves in a new situation. When we go for it, we feel a certain way. Later we will not remember how we felt, because we always forget how we feel. Of course, we remember that after this or that event we felt bad but it is impossible to recall the intensity of the feeling once it is gone. All that is left is the washed-out memory of a good or bad feeling linked to an event. That is how I had somehow forgotten about my sensitivity. It is strange to be so strong and at the same time so weak. You should see me sometimes walking around as brittle as an autumn leaf. It almost seems as if someone would cough next to me, I would fall to the ground like shattered glass. Although when I have a peaceful mind I can be the most serene, energetic and enthusiastic person. I have even seen energy flowing out of me in ways rarely witnessed in a human being.

When I was in Iran in 2012, I had the chance to stay with a family for some days. The aunt read my future in the poems of Hafez and I still have with me the little notebook in which I kept the notes of what she told me. Among them there is one that reads: many people will know you and you will be famous. It puzzles me how would I ever become famous if I'm unable to work on anything. I knew it was silly and it put a smile to my face. So  that's the kind of thoughts that inhabited this thirty-three year old man who drove to Iraq with his car. A journey for which he should be proud and enjoying already. And in a way I was, proud and enjoying I mean. But I was also lost in a no-man's land of thoughts induced by various factors I could not really pinpoint. Writing down everything as close as it is felt or lived is the most real thing I can do and I do not know any other way. But let me tell you then a little bit about what happened in Iraqi Kurdistan.

The Kurdish people are among the most generous and hospitable people I have ever met while traveling. Their generosity reminds me a bit of that which I found in Iran with Persians. Entering Iraq, I was curious to discover one of the first really new and foreign country of this trip. In Dohuk, along with my first meal, I was offered a soup, a salad, coffee and desert all free of charge. Then, I quickly decided to drive to Lalish, a holy place for the Yazidis, a village where everyone should remove their shoes before entering. Walking barefoot on the cold stones of Lalish, I met José, a freelance journalist for El Pais, and Honer, his Kurdish translator. We encountered a family visiting the village and one of the man took out a good hour out of his time with his family to guide us through the different places and give us the explanations that were then translated by Honer into English. Later, while drinking tea with José and Honer, they let me know how worried they were about me sleeping in Nature with my car. They said that terrorists live in caves in the mountains. It was a bit puzzling to hear this as it's also something you might read in the news. At the same time, many overland travellers go through Kurdistan and travel that way with much bigger rigs than I have and I have always read everywhere that the autonomous region of Kurdistan was pretty safe. All I ever met in the mountains after waking up and peeking out of my car were sheep, shepherds and kids, all very inoffensive to me. Oh and the occasional Peshmerga, the Kurdish militaries, that are everywhere. I cannot count how many times they woke me up just to ask to see my passport and how many checkpoints I crossed on the road. The constant state of alert of military is probably the reason for the stability in Kurdistan.

In Erbil, I met fellow overlanders from Germany. I will skip the details but that's when I realised the stress indulged by this part of the trip is hitting everyone as hard as me. Some countries are closed reducing your movement options, there are rules regarding covid, length of stay, car temporary import permit, visas to arrange, most ferry are now only taking cars and not passengers which means you have to arrange a flight on top of shipping cargo through an international border, to sum it up your head is quickly caught in the logistics of the trip more than in the journey where it should be. And the risk of getting stuck somewhere is real. With the best laid plans, it is often a small grain of sand that blocks the mechanism. At least we could support each other in finding ways clear all the logistics required to move further.

Then, I spent some time in the mountains with Robert, a German photographer. We had a couple of days relaxing and enjoying the sun as we both needed to wait for different reasons. One evening a family came to make a fire, drink tea and dance to the sunset. They kindly invited us over and we had a nice time in their company. After that, we moved on to Dukan Lake where we found a spot for fishing. Robert had all the fishing equipment and it was so nice to try it out. We caught absolutely nothing but we had the chance to meet some fishermen. They catch a lot of fish every day using fish nets. One day they came back with five big fishes. We made a fire and ate them with lavash (flat thin bread), tomatoes, onions and cucumber. The next day they brought more fish and told me to take out five. I cut open the fish as I saw them do, cleaned the inside and we had another great fish barbecue with Robert. Some days we didn't talk too much and I think it was fine anyway, he seemed worried about his Iranian visa and probably some other things too. And I was in my head as always when I feel like there is an existential knot to untie. Nonetheless, I had a great time and it made for another nice memory of my stay in Iraq. I am going to attempt crossing the border to Iran in the following days. I hope it works out because there is a grain of sand in my mechanism too.

“Write books only if you are going to say in them the things you would never dare confide to anyone.”
― Emil Cioran 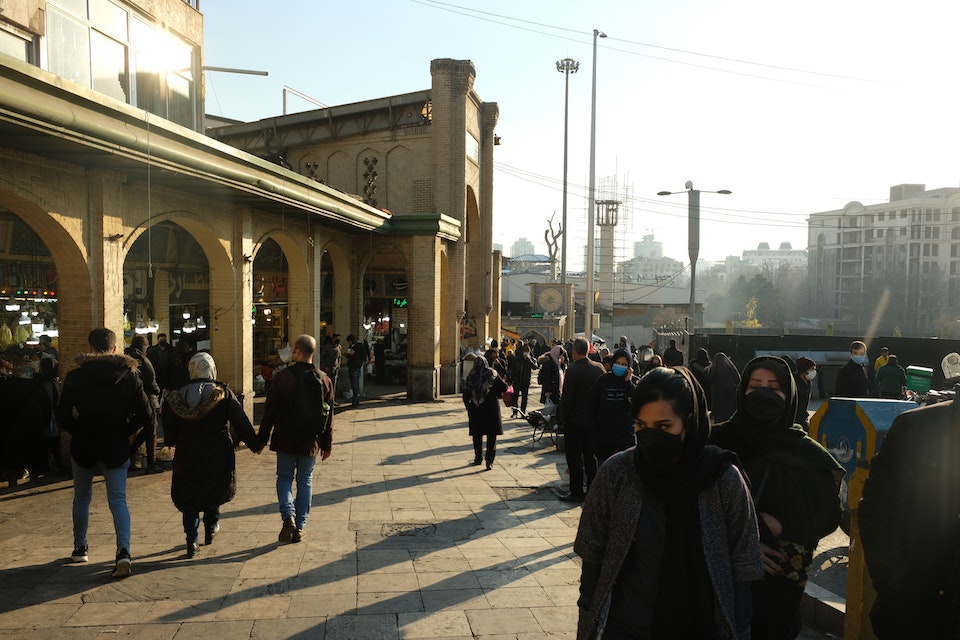 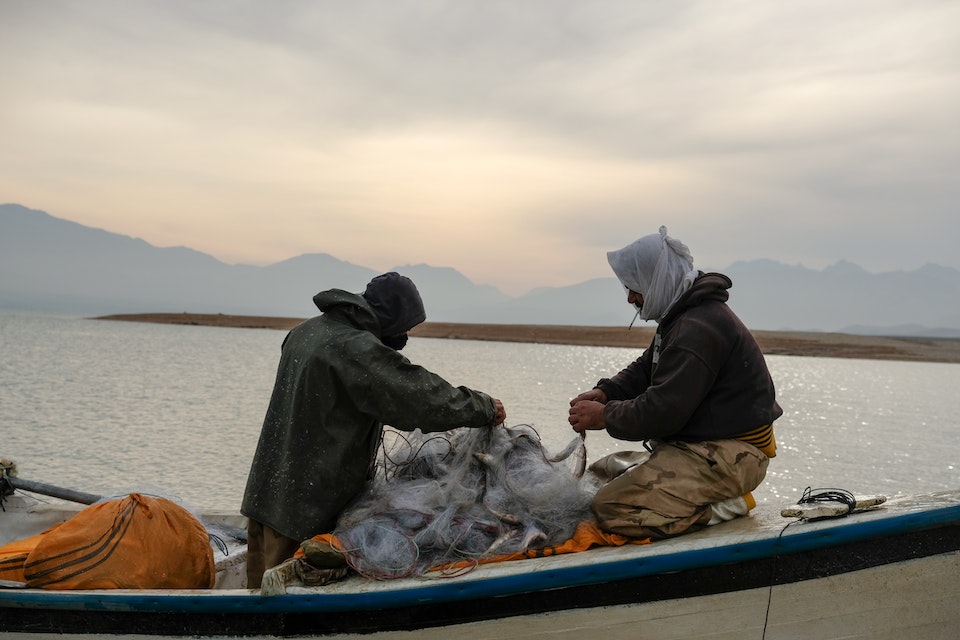 Overland travel through middle east in times of pandemic, work ethic and tales from Iraqi Kurdistan 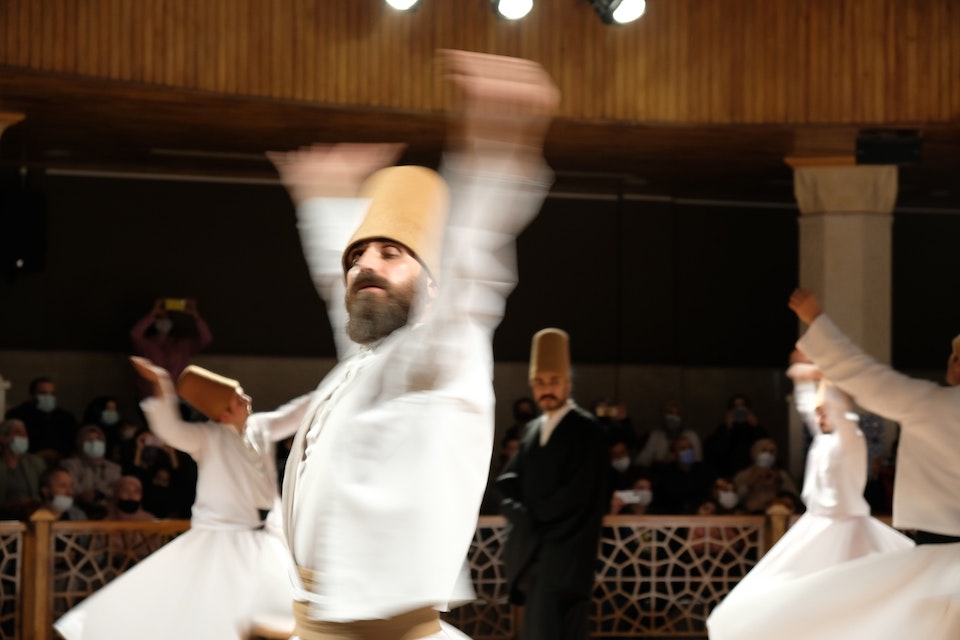